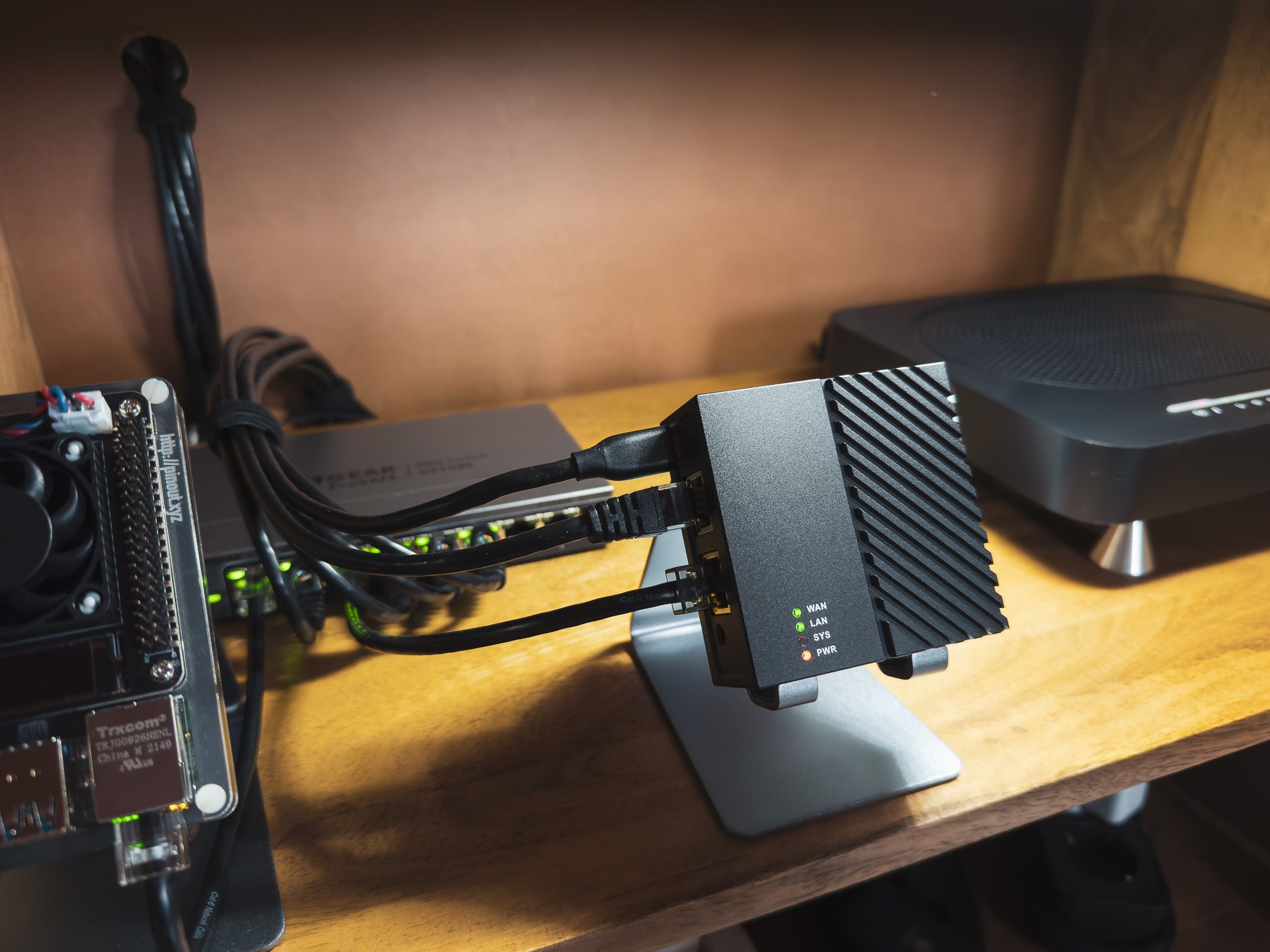 The nanoPi R4S is a great router with a very efficient metal enclosure to keep it cooled, but it has one defect: it’s flat on the base.

I mean that it doesn’t have anything that can rise it few centimeters from the table, in order to allow a small flow of air under it, and also to avoid scratching or damage (with the heat) your table/forniture. 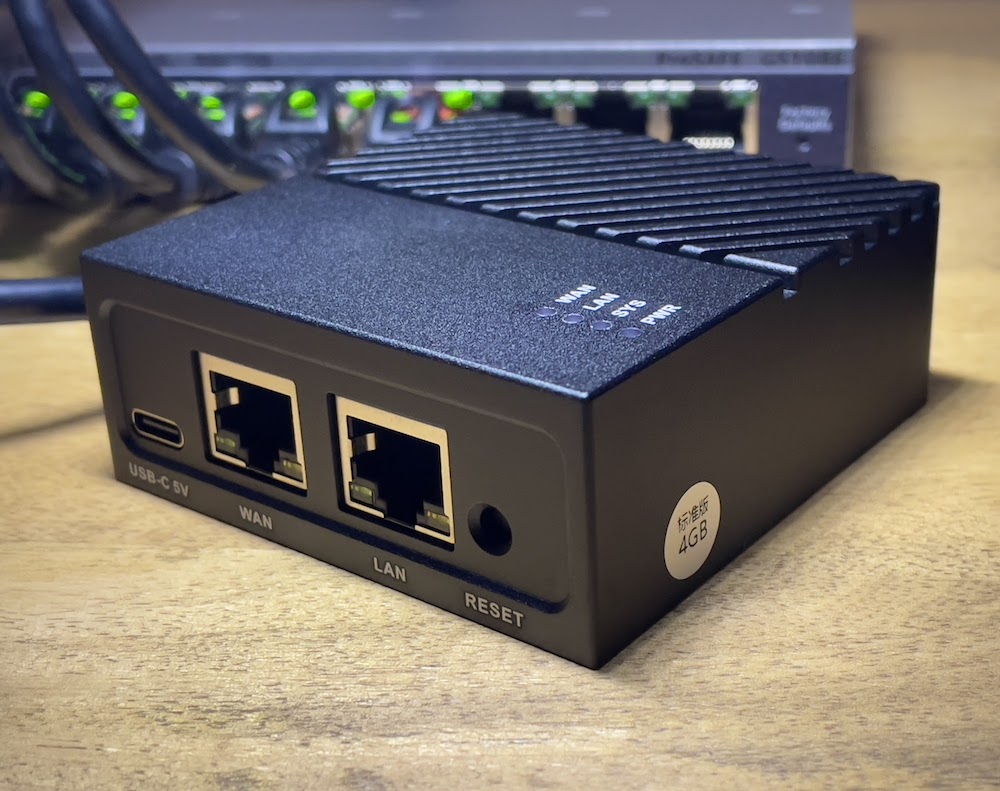 To solve this, in the beginning I was using some stupid plastic, or metal, “feet” under it, but honestly they’re terrible, and the gain in height is small (with the plastic feet, with the spikes is better but uglier): 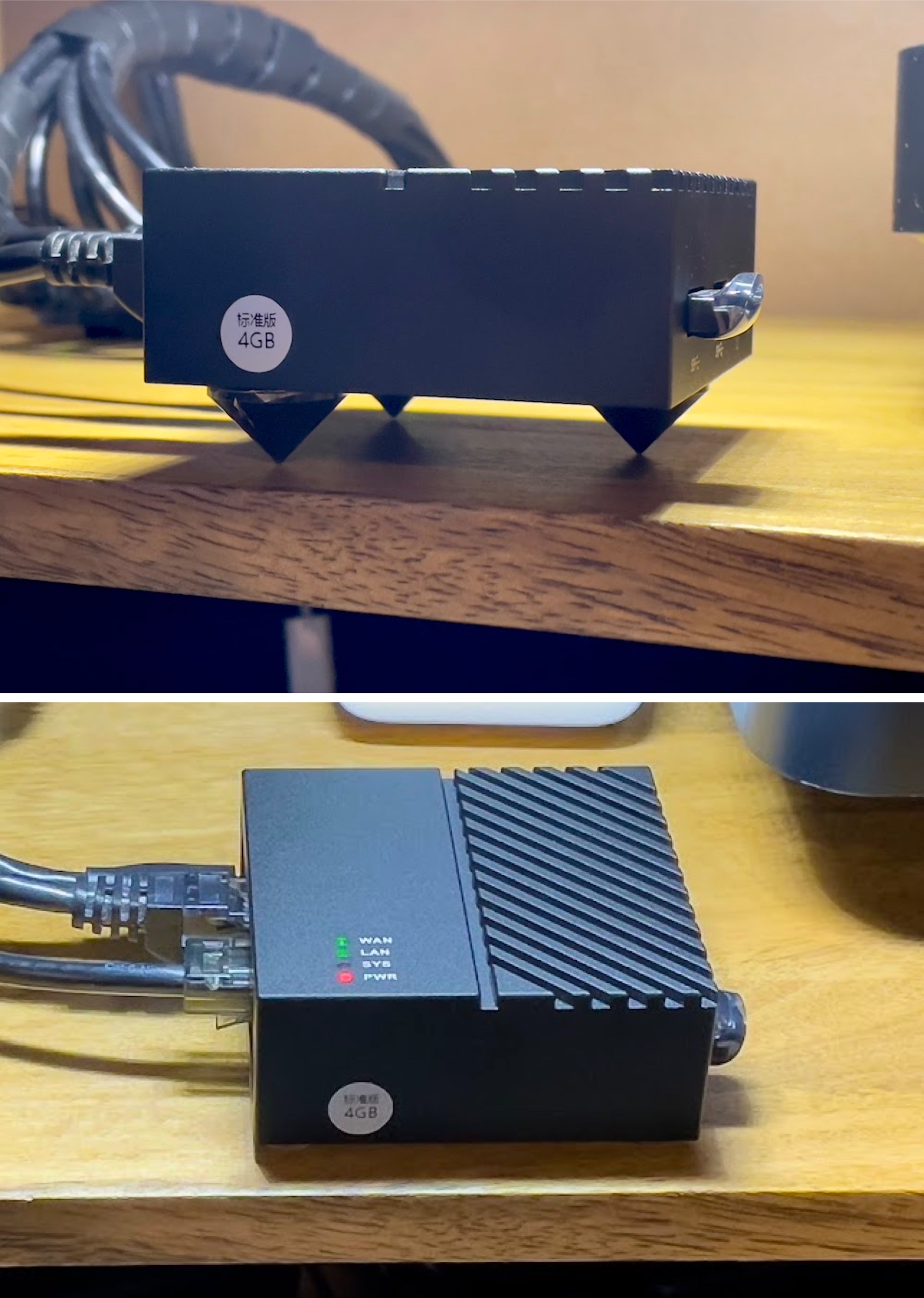 Anyway few days ago I bought a new 3D printed RaspberryPI stand, this allowed me to remove a phone support under one RaspberryPI, so I decided to recycle it under the router.

…and I discovered that it’s perfect for the nanoPi R4S! 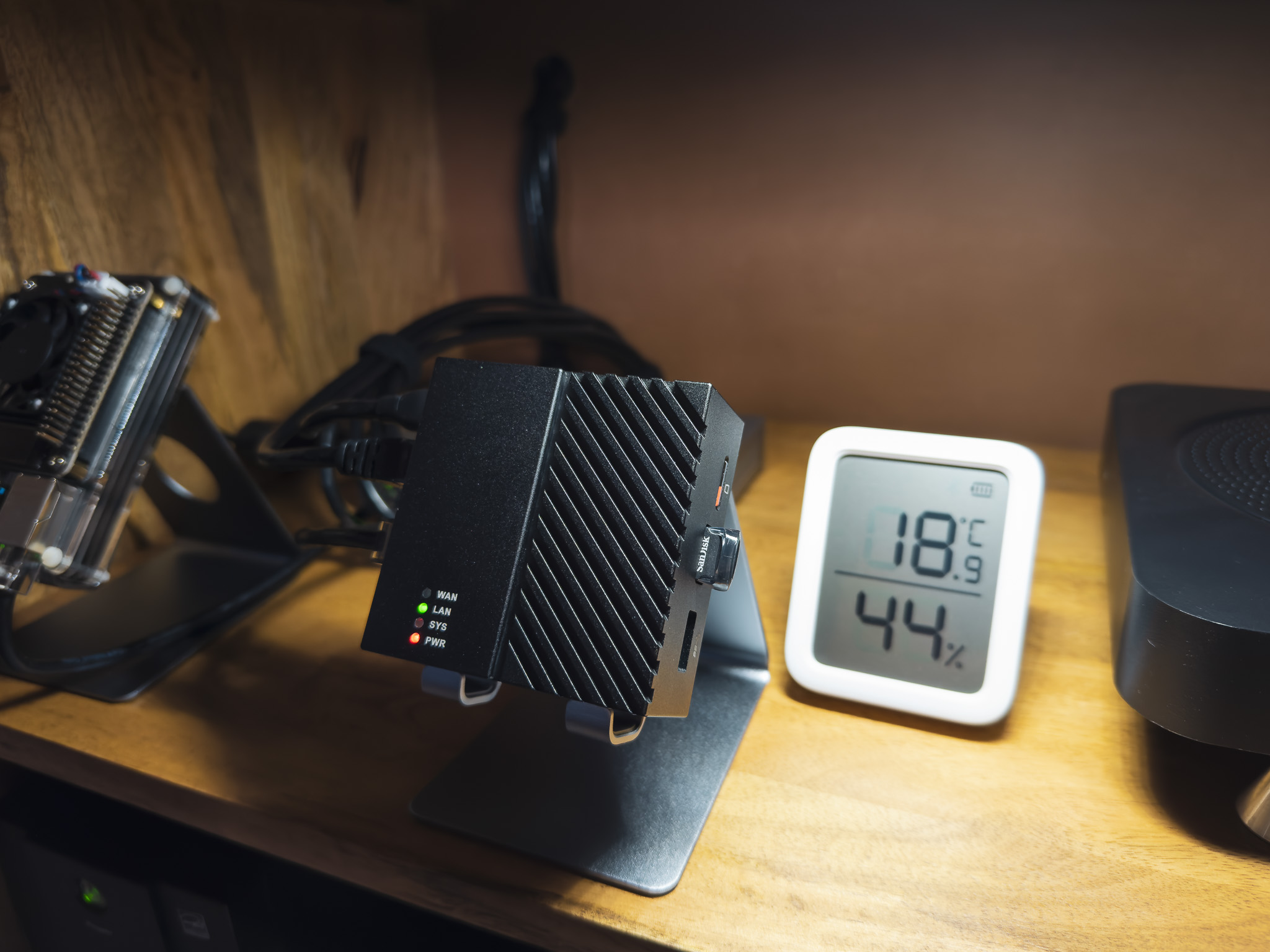 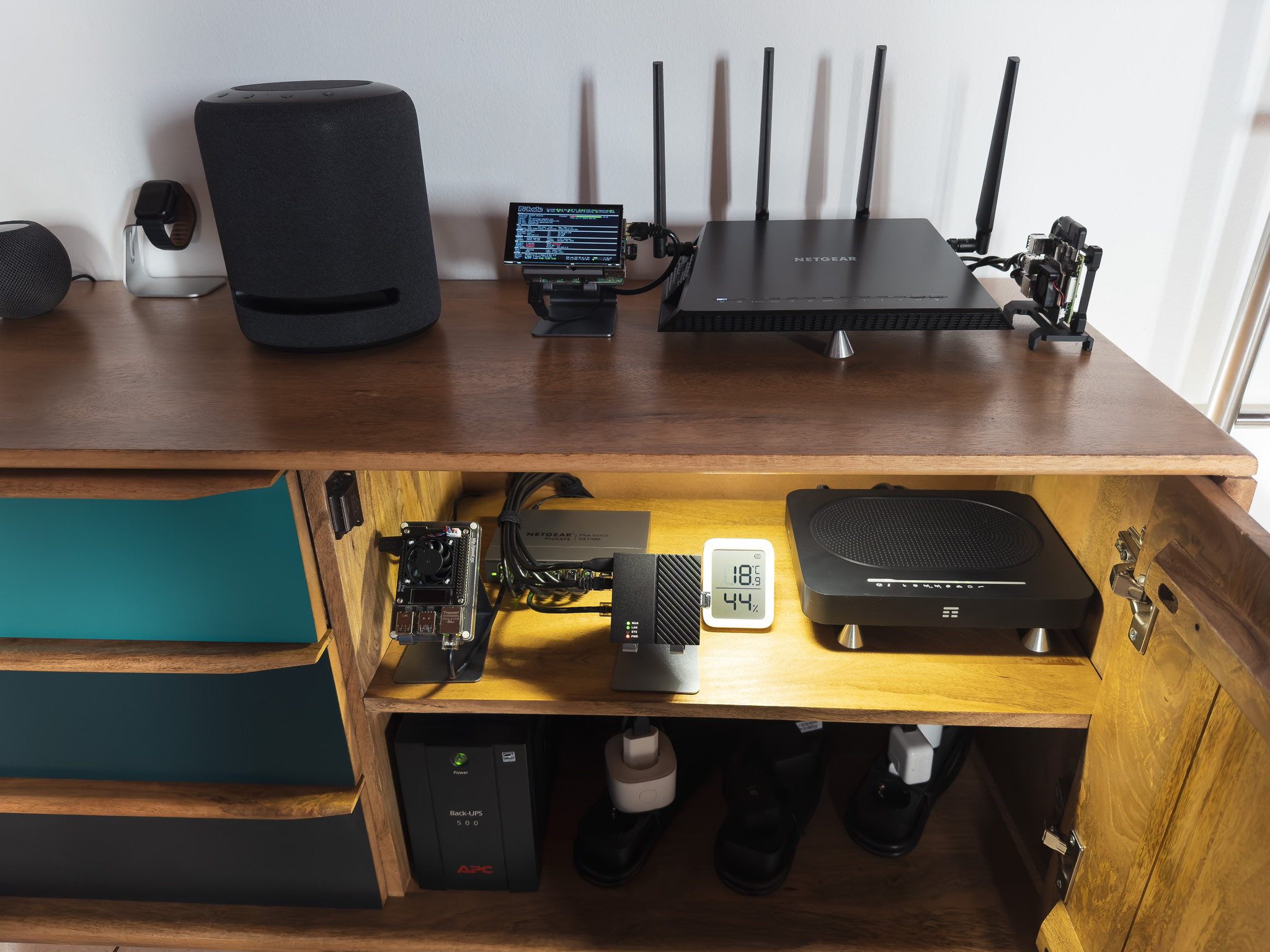 If you remove the rubber protection from the stand, the R4S’s enclosure will be at a direct contact with the stand, this would help a bit acting like as a heat spreader (after I put it here I saw few degrees less on the temperatures). 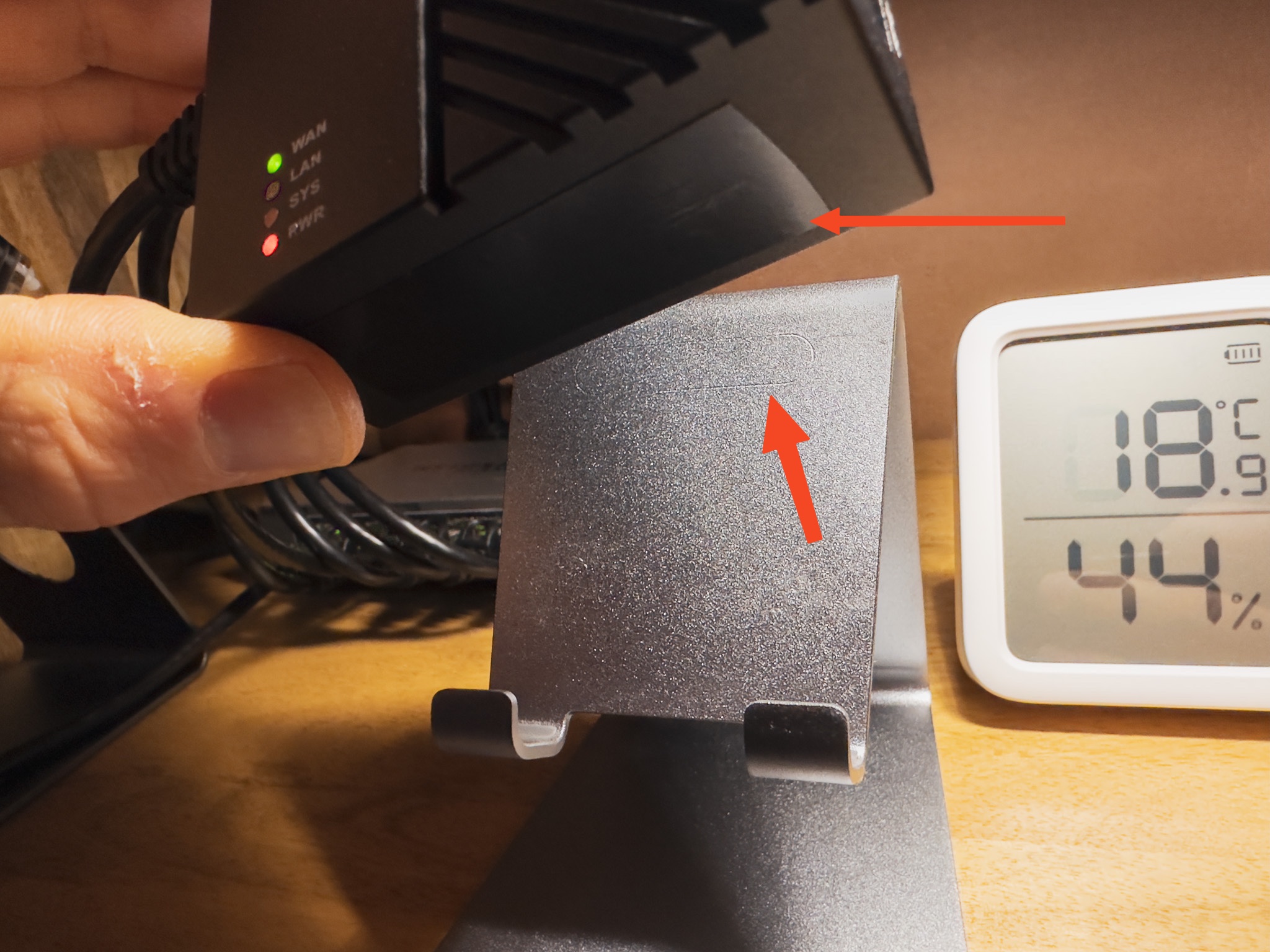 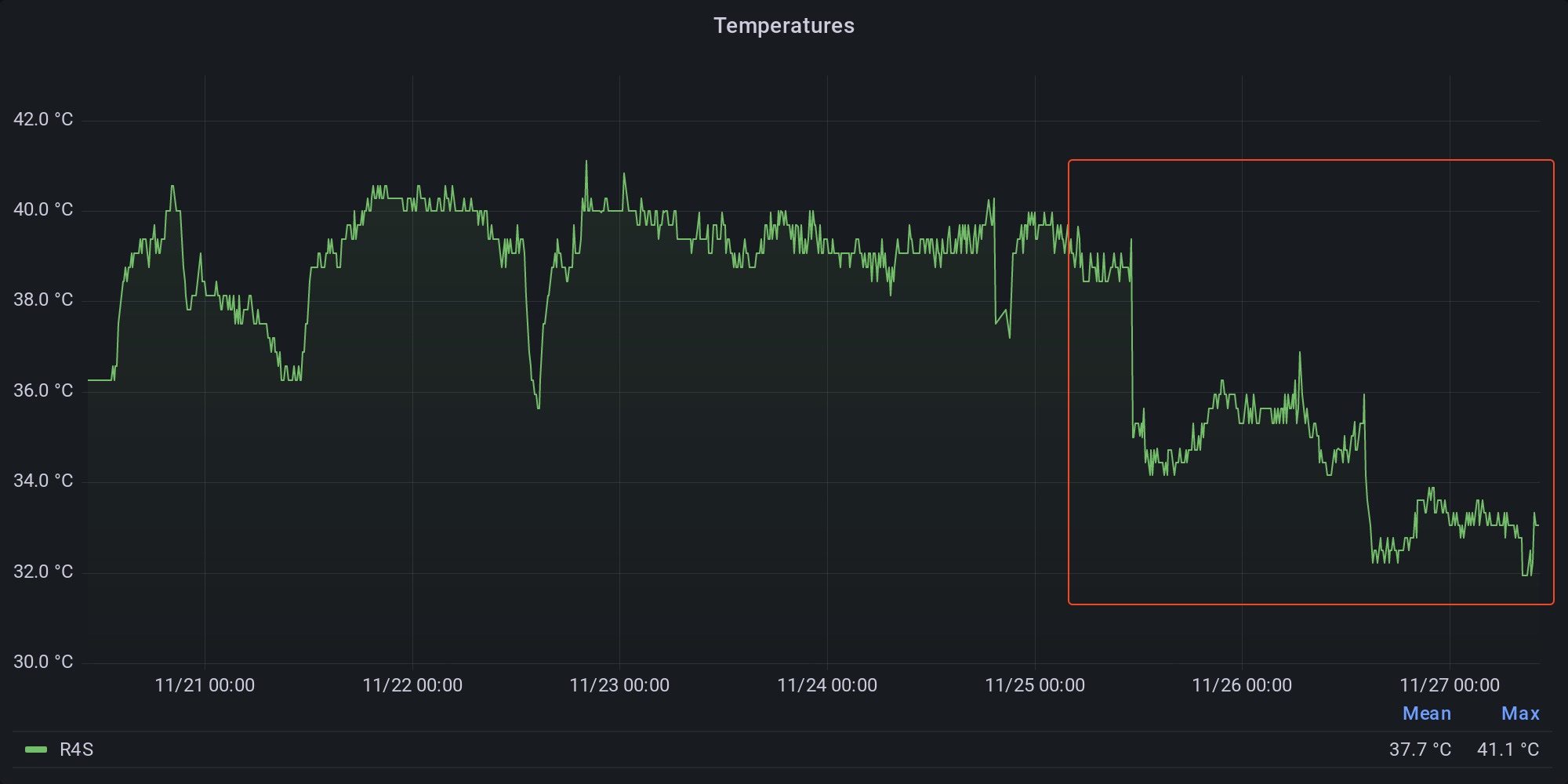 And to me looks very nice, I like the final result. Also, if you want to tidy up the cables, you can also route them in the rear hole. 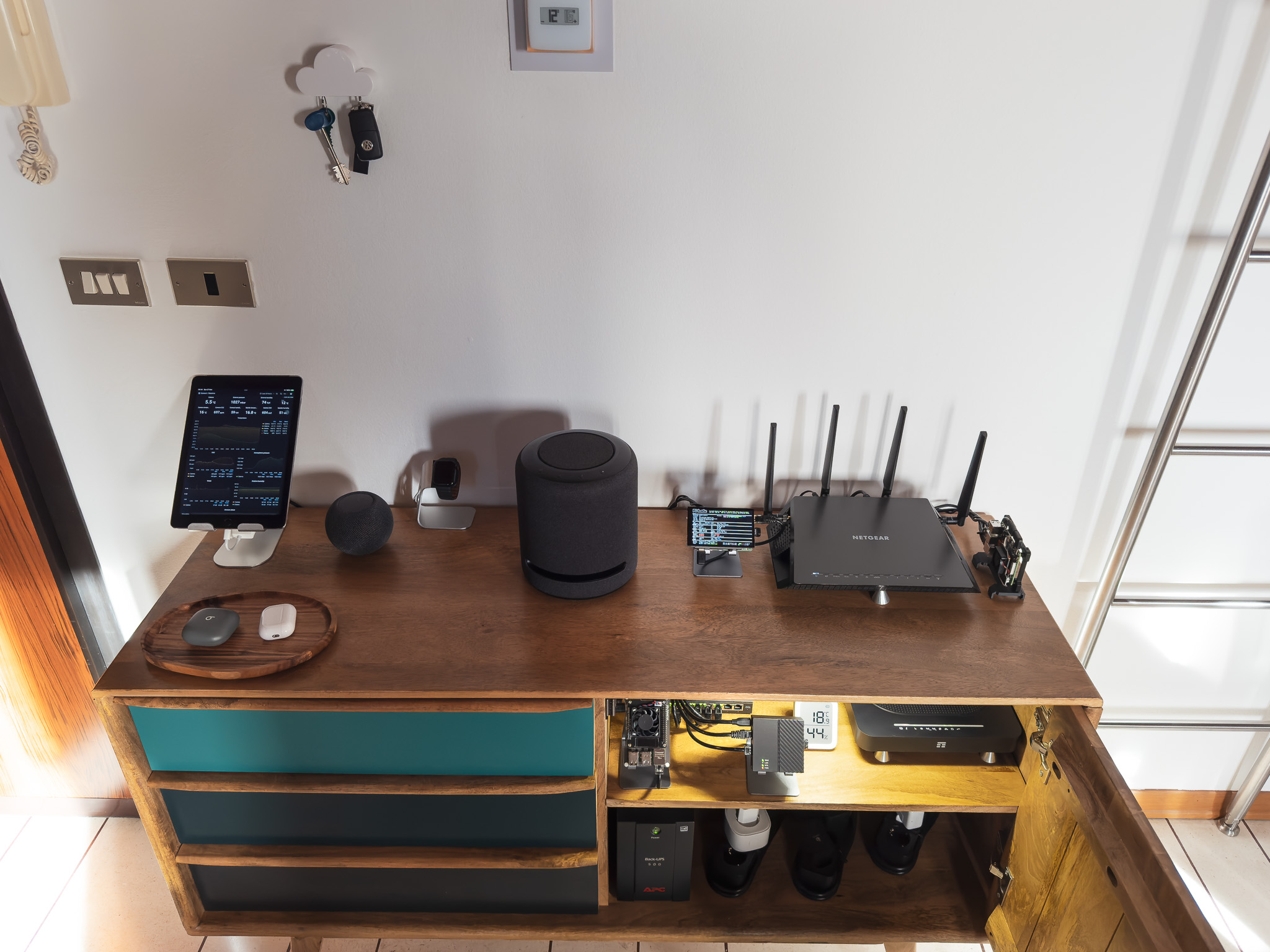