I recently updated my Raspbian Buster to Bullseye on the RaspberryPI I use as DNS server with Pi-Hole. But unfortunately something went wrong, or at least I thought I made something wrong during the update process, because when the Raspberry PI rebooted, the attached Pimoroni HyperPixel 4” display was blank. I mean, the backlight was on but there was nothing on the screen. So I tried to ssh in to it but the ip was changed itself. I don’t know what happened but I caught the opportunity to switch to another Linux distribution that I’ve always wanted to try: DietPI.

Obviously I had all the backup so I wasn’t particularly angry. So I went to DietPI website, downloaded the installer, flashed it with Balena Etcher, and launched the installation.

This OS is very light and fast, you can read a comparision of the memroy usage and boot time here: Comparison to other Debian based distributions – why should you use DietPI?

All went fine, the only trouble I had was that, every time I was changing the DNS (because my OpenWrt router was assigning to it the IP of my Pi-Hole, but I was just installing it), the RPi/DietPI I was disappearing from my network. Then I discovered that my router was assigning and using an ipv6 to the DietPI. And it was not discoverable with IPv4.

Anyway, also after I installed the Pimoroni drivers, the display was blank, it was on (the backlight) but it was blank. Same as Raspbian Bullseye.

Only after a lot of time, and digging in to GitHub and forums, I discovered that this is a bug of Raspberry Pi OS Bullseye with Pimoroni driver.

In order to get you Pimoroni Hyperpixel display to work, you have to use the new “alpha” driver, or use this code in /boot/config.txt (also this code fix the not-rotating issue)

But I don’t know if it’s the new driver or DietPI, now HyperPixel font looks different, smaller but sharper. 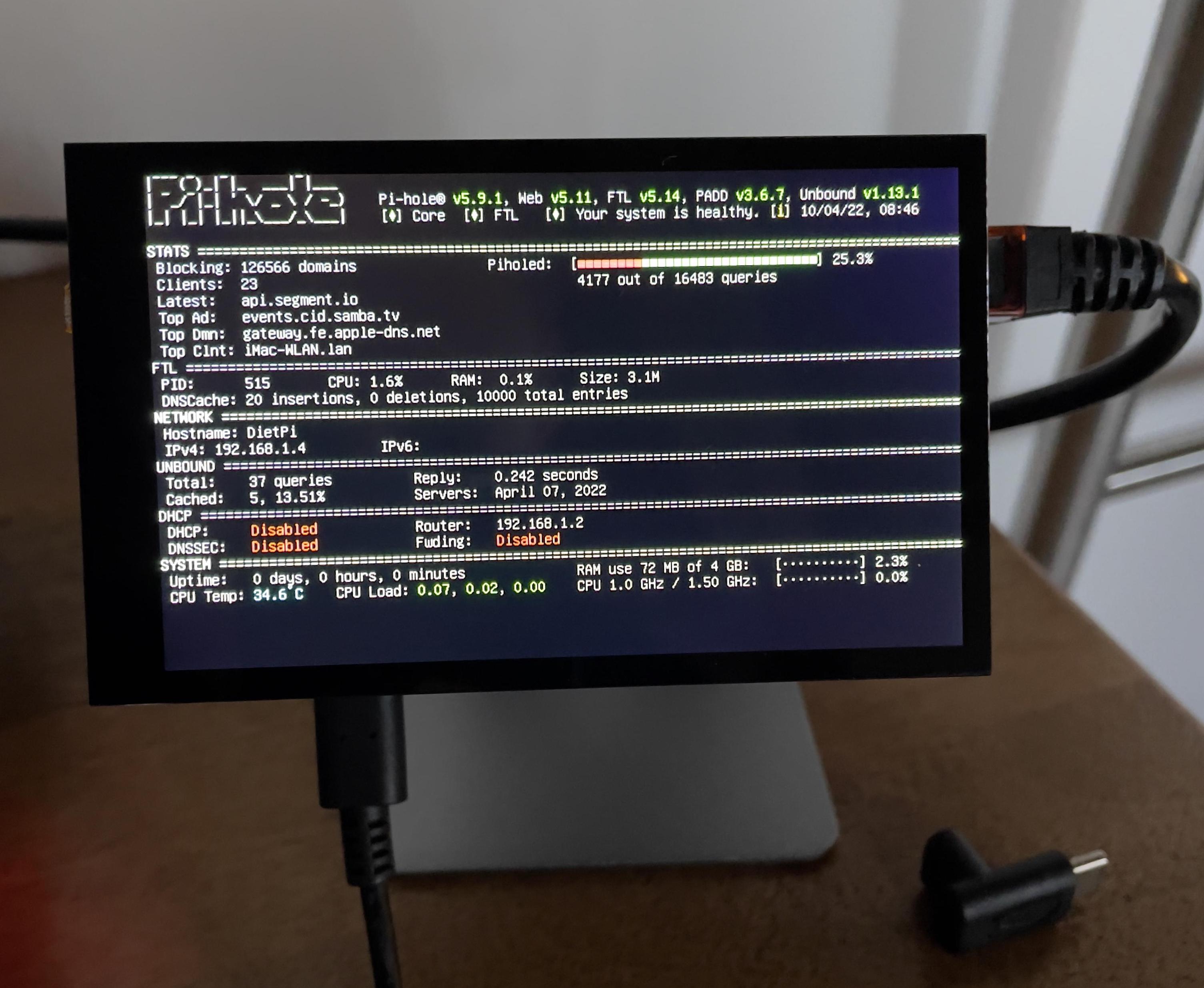 Looks like it’s running at higher DPI. I don’t know, I haven’t searched the cause but I took advantage of this and I added some other info to my custom PADD script!

And now looks like this, soon I’ll release the code, it has some little cleanup to be done. 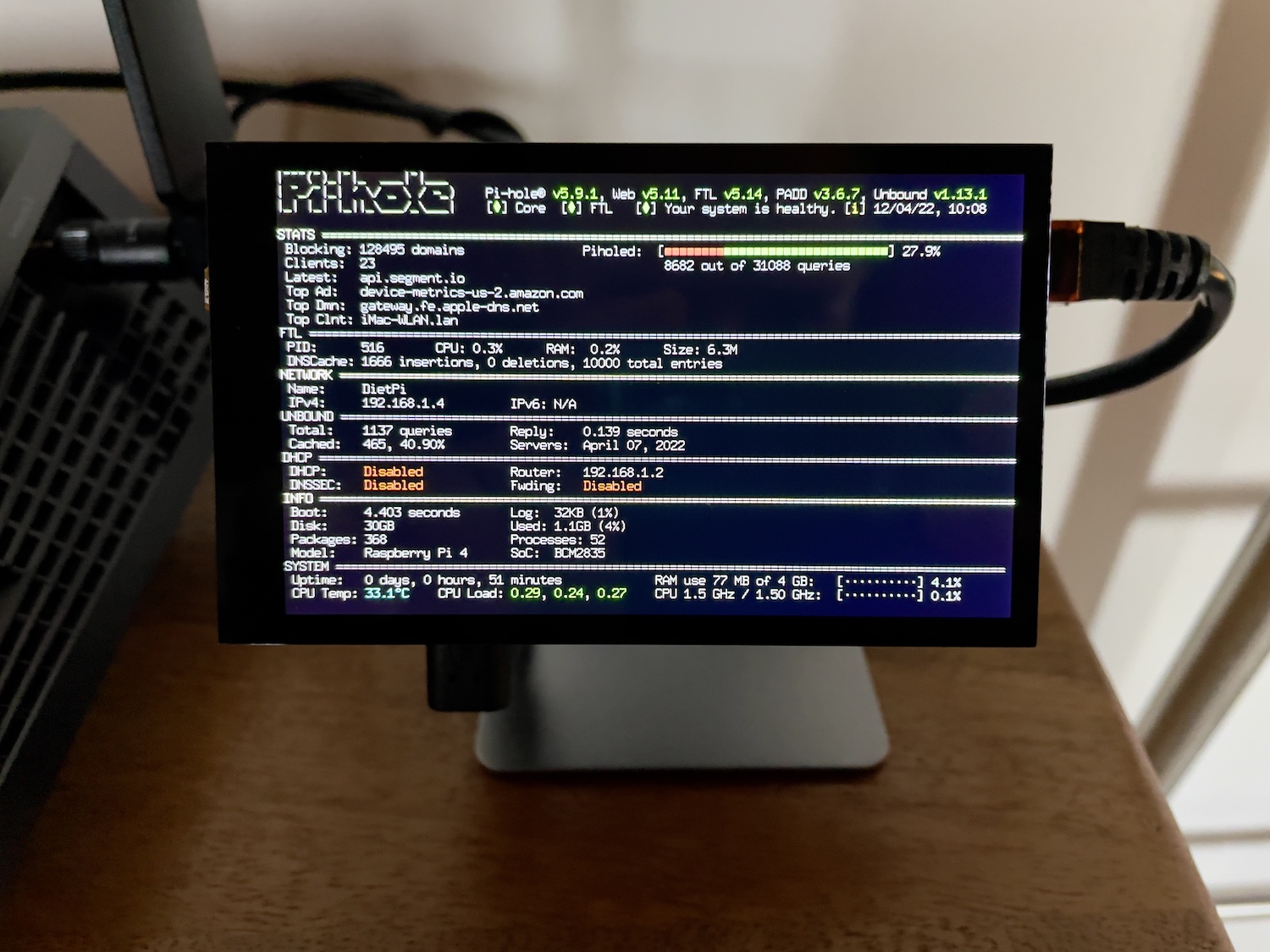 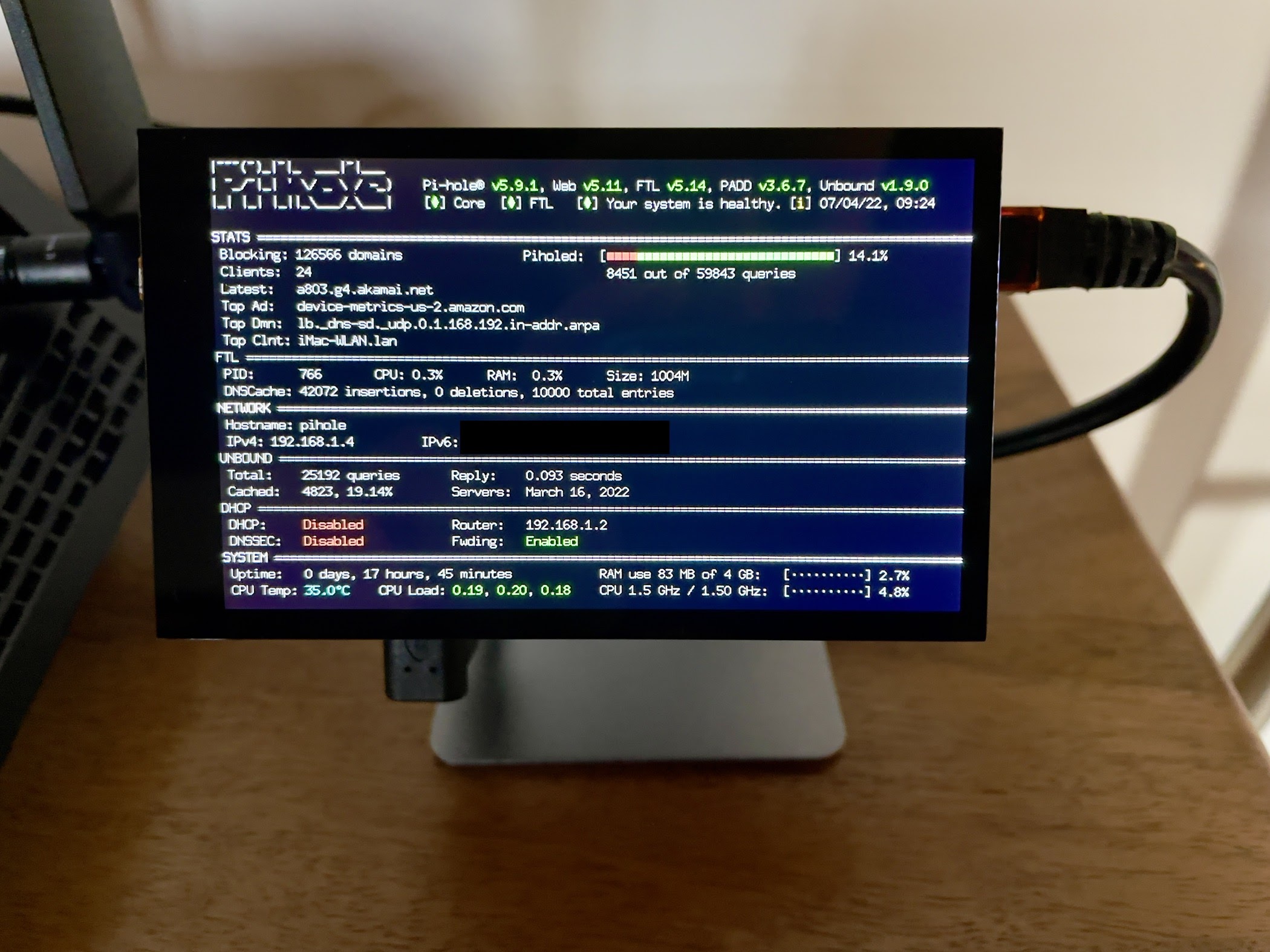